As a fundraiser, who do you consider to be your most important stakeholder?

Think about it for a while.

Actually, you probably didn’t need to think about for very long at all.

You said donors, didn’t you?

Well, that’s hardly surprising. Most of fundraising’s professional practice puts donors at the heart of what fundraisers do, something that is known as donor-centred, or donor-focused fundraising. You’ll also know it by the term “relationship fundraising” or, more recently, “donor love”.

Fundraising’s professional ethics such as they are – and there isn’t a great deal, not when compared to a discipline such as marketing ethics – also put ethical duties to donors front and centre. For the past couple of years, I’ve been describing the various ethical theories you can unpick from the literature and thinking on fundraising ethics, and I call this donorcentrism. This is the idea that fundraising is ethical when it prioritises the donor’s wants, needs, desires and wishes.

The ethical foundation for this dates back to at least the early 1990s. This is how fundraising pracademic Jane Geever described this view of fundraising ethics in 1994: “An ethical belief in the importance of the donor[that] recognis[es] that the donor comes first, always putting the donor first in regard to when to ask, how to ask and what to ask for.” Thinking this way, Geever says, has the potential to “dramatically change basic fundraising practices and attitudes,” though she doesn’t say from what to what.

This philosophical idea is so well ingrained in many fundraisers that they wouldn’t even think to challenge it, because they couldn’t conceive that it might need challenging.

So here is the challenge at the heart of the donorcentrist idea. If donors are at the centre, or “heart”, of everything a fundraiser does, both practically and ethically, where are beneficiaries? Are they also at the centre, competing for space and attention with donors; or are they somewhere else, perhaps at the ethical periphery of the fundraising profession?

If they are at the ethical centre of fundraising practice, how then do you cope with two stakeholders who both have moral claims on you? If donors want you to do one thing, but beneficiaries need you to do something that conflicts with what your donors want, how do you square this circle? 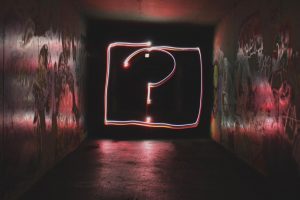 Here’s an example: The reason fundraisers exist is to ensure non-profit organisations have sufficient income to allow their NGO to provide goods and services to or on behalf of their beneficiaries. Some fundraisers dispute this, but ask yourself this: if its not fundraisers’ role to do this, then whose, precisely, is it? It is incumbent on fundraisers to use the most efficient and effective fundraising methods? Many efficient and effective methods of fundraising, particularly those used to attract new donors to a cause, use interruptive techniques that can cause people to feel various negative emotions, such as anger or guilt. Should fundraisers therefore use potentially less effective and efficient types of fundraising just because these don’t cause as much anxiety for potential donors?

Many people try to dismiss this donor-versus-beneficiary ethical tension as a non-issue. Stating that fundraisers owe no ethical duties to their beneficiaries is an extreme example. More likely, the question is simply framed out of existence with a platitude such as “what’s in the best interest of the donor is also in the best interest of the beneficiary”, a shibboleth repeated frequently by the Fundraising Regulator in England and Wales. But here’s another thought experiment that shows how fallacious this line of argument is.

Since many people dislike ‘chuggers’ with a vengeance, and few people actually ‘love’ them, the general utility of the public could be improved by banning street fundraising. Yet as long as street fundraising remains an effective and efficient method of recruiting new donors, you could hardly argue that this is in the best interest of beneficiaries, unless you add in all sorts of auxiliary hypotheses, such as a ban would improve public trust so that giving would increase in the long term (for which you’d need evidence and reasoned argument, not just ideological conviction).

There is only one reason non-profits exist. Just one. To improve the lives of their beneficiaries. It is not to bring ‘meaning’ to donors’ philanthropy. Beneficiaries are at the very ethical core of every NGO, something that is reiterated by the proposed new code of charity ethics developed by the National Council for Voluntary Organisations. Discussing this on Rogare’s Critical Fundraising Forum on Facebook a few weeks ago, one British fundraiser said that this was true for charities in general but fundraising ethics was a “different story”.

Can everything a non-profit does be focused on improving the lives of their beneficiaries, everything except fundraising, which operates in a separate ethical domain to the rest of the charity?

There is a good deal of discussion about the level of accountability that NGOs ought to accord their beneficiaries compared to their donors. This is in the domain of International NGOs and institutional donors, but there is no reason why these insights cannot be applied to individual donors and fundraising (and that this discussion has not transferred to fundraising is an example of how insular fundraising’s theoretical base can be).

One school of thought is that donors are indeed the principal stakeholders analogous to the stockholders of a company and so the role of the non-profit is to operate in the way that donors want, or even mandate, them to. Alarm bells ringing, I hope.

This leads us to the challenge of donor dominance. Perhaps the most obvious example is mission creep, whereby charities change their programme work to satisfy the funding priorities of donors (which has also been called “institutional surrender“). Another example of donor dominance is the type of inappropriate behaviour that many female fundraisers have been encountering for a long time. British fundraiser Beth Upton wrote about her experiences last summer, but this was really brought to the fore by the media expos that uncovered the deplorable practices at the Presidents Club fundraising dinner at the start of this year.

Fundraisers are only just starting to take seriously the challenge of donor dominance, partly, I’d argue, because their predominant professional ethic of putting the donor at the ‘heart’ of everything didn’t allow them to see it was happening and, even if they acknowledged it, didn’t provide the ethical wherewithal to deal with it. This is a challenge I’ll be exploring in my IFC 2018 session on ethics, alongside my Rogare colleague Heather McGinness of Concordia College in New York.

Balancing duties to donors and beneficiaries

Fundraisers need better theories and tools to help them balance their duties to both their donors and their beneficiaries. I hope it won’t come as any surprise to anyone when I say I think one of these is the theory of Rights Balancing Fundraising Ethics I have developed at Rogare.

This says that fundraising is ethical when it balances fundraisers’ duty to ask for support on behalf of their beneficiaries with donors’ relevant rights, such that a mutually optimal outcome is achieved and neither stakeholder is significantly harmed.

How to reframe ethical dilemmas to consider what might be ethical from a beneficiary’s perspective will be the subject of my IFC session on Thursday afternoon. For example, have you considered that it might be unethical not to ask for a sufficiently high gift, or to stop using a type of fundraising as a result of public pressure to do so? I’m not saying these things are definitely unethical; but under certain circumstances, they just might be.

If, as a fundraiser, beneficiaries do not feature in your ethical calculations in any significant way, isn’t it time to be asking yourself why not?

~Numerous Jedi Masters have translated this post from Yoda’s unique way of speaking to improve reading ease.~ There is much Dark Side fundraising being done…

Fundraising Directors are crucial for success. This incredible mastermind, known as Head of Fundraising in some countries, is in control of a massive budget and…